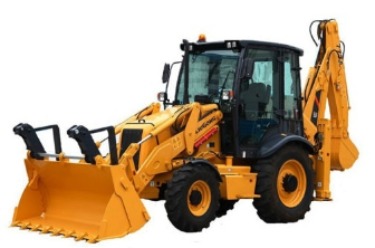 Backhoes are one of the pieces of heavy equipment commonly used in construction sites and have the versatility to be used in different jobs.

You can complete a multitude of tasks including the laying of pipes, digging of trenches, demolition, grading of road surfaces, backfilling, and leveling. This equipment is a must-have for any project.

For that matter, it might be worthwhile to learn how to operate this equipment if you’re a beginner.

Understanding how to operate backhoes starts with familiarizing with its controls. The backhoe controls differ depending on the type and brand of machine you will be operating.

The standard controls are as follows:

Since there are differences in how to operate this machine, it would be nice to read the owner’s manual of the equipment you will operate so that you get acquainted with the location of controls.

If you will operate a standard backhoe, there are only four motions to control: bucket rotation, dipper rotation, boom elevation, boom swing. Every brand has different control schemes for articulating these four motions.

Here are Some Short Videos Explaining Everything in Detail

Buttons and Levers You'll See in the Backhoe Cabin

With the advent of pilot controls, you will see machines with this kind of a feature nowadays. Although, back in the day, mechanical control is the norm and what operators are familiar with. Through the years, many manufacturers have introduced the pilot controls. Now, let us dig the differences between these two controls.

If you would want to learn to operate a backhoe, you need to specify which control you want to be familiar with. We strongly recommend starting with a mechanical one before jumping on to the pilot control because of its simplicity in operation and features.

Some Guides on How to Operate Backhoes Safely

Safety is always a priority when operating a backhoe or any type of heavy equipment. So if you’re just practicing, it is a prerequisite to do these things in order to be safe while behind-the-wheel:

Now That You’re Familiarized with Backhoe Controls, Prepare to Take the Training Program

Now that you are aware of the backhoe controls and how to operate this equipment, I guess, you want to be an operator. If that’s the case, then we can assist in achieving your goal.

On this website, we made directories of heavy equipment operator training schools in different states and countries – a handy feature so that you would not have a hard time looking for one if you like to take the training.

You will find here as well the answers to frequently-asked questions beginners have in mind entering this profession, just go and browse through the topics found in the menu or in the blog section.

Those are the handy features you will find in this resource – aside from that we also guide you through the process of becoming a heavy equipment operator so that it would not eat much of your time and effort getting into this occupation.

Where Can You Learn How to Operate Backhoe?

In Local Community College or University

If you want to learn to operate heavy equipment such as backhoes, excavators, loaders, and other construction equipment, the local community college or university offers a program for that. Since registration is on a first-come-first-serve basis, you have to be an early bird. What I like about enrolling in community college is they form partnerships with contractors in the industry in the development of the program – you’ll be assured of quality training that is worth you paid for.

No place is specialized in giving training other than the heavy equipment operator school, also called a trade school. Every state has one, so if you would like to contact one of these schools in your area, we provided lists of these schools. Follow this page.

What I like about getting into their program is that you can finish it in just 6-8 weeks, in the span of time, you could be specialized operating variety of construction equipment. The cost of taking the training isn’t cheap, you could end see yourself spending thousands of dollars. But you could easily recuperate your expenses in no time since operators are well paid in the industry.

Learn while you earn. This is the advantage of getting into the union apprenticeship program. It takes about 3-4 years to complete the heavy equipment operator training program offered by a union. The International Union of Operating Engineers (IUOE) is the most popular. Actually, there is one local in every state; if you would like to enroll in their program, just like I said, you need to be an early bird since the opening of enrolment or registration can happen in just once or twice a year. You don’t want to miss your opportunity. To know more about becoming an apprentice, See this Page.

In an Equipment Rental Company

The equipment rental company also conducts training for operators but not as comprehensive as the previous options. If you just would like to train in a backhoe, for example, you could easily finish it in just a few days. Just contact the nearest company in your location, set an arrangement, you could finish the training in just a few days.

Once you get acquainted with the standard backhoe controls, you can operate in no time. It is not as hard as it seems.

The controls can easily be familiar with, in just an hour or two, you could find yourself operating the backhoe like a pro.