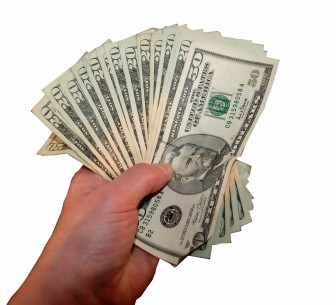 The union dues cost around $25 to $90 per month depending on the union you are enrolled in. And since there’s a periodic increase, the dues of members may change any time.

Some unions set it at a specific amount and that depends on the hourly rate you’re receiving and if you’re a journeyman or an apprentice. While others collect it in a salary percentage basis of 1.5% or 2% of the gross wage. So, when you want to be a heavy equipment operator apprentice, you must clarify this to your local union.

When working as an apprentice, your contract includes a yearly wage increase, as a result of this, your union dues rise as well. A reduced rate can be given if the member is in good standing. Union dues can be paid in a monthly or quarterly basis for an active member.

What Happens If You Failed to Pay

In the event, you failed to pay your union dues whether intentionally or not, puts you in arrears and tag you as delinquent. If you do not pay it, you could have your apprenticeship suspended or be removed from your job as a heavy equipment operator until such time that it has been paid or an agreement has been settled.

If you did not pay it on time, you may immediately call the union you are registered in and ask for the quickest possible mean of payment. Payment can be done online or call in payment via credit/debit card and it is the fastest way to pay if you are in such a situation.

Union members, both apprentices, and journeymen are encouraged to pay even in advance because it is important not to fail to keep up with one’s responsibility.

When Dou You Get Eligible for Suspension

This depends on the constitution and by-laws of the union. In many cases, you will get suspended if your dues are on 60-90 days in arrears. You will get notified at the end of the 90 days through formal letters or phone calls.

If you don’t want to put yourself in a situation like that, it is important to be in good standing. If you’ve paid your current dues within 30 days after they become payable, you get a good standing status.

If you keep your status in good standing, the union may offer an incentive by giving a deducted amount. Some unions may even provide 1 month free if you pay the annual dues in full to urge members in paying in advance.

Advantages of Getting into a Union

The average salary of an apprentice ranges from $20 - $23 an hour, the pay varies by locality and type of work. If you’re in the first year as an apprentice, please expect to receive 45% - 60% of the journeyman’s salary. As you progress the salary raises as well, toward the end of the apprenticeship program, you will get 90% that of journeyman’s pay.

The pay is great. What that means is that even you are responsible for paying dues, you would not sense it at all. The dues are so small compared to the amount that you’ll be making as a heavy equipment operator apprentice.

Don’t treat union dues as an obligation but rather as a contribution to help continue to run the local.

The amount of the dues varies from one local to another. The collected money is being used to cover the cost of running the organization.

It is used to pay the salaries of the staff members and officers and to cover other administrative expenses to continue the service of placing people just like you to a job as a heavy equipment operator.

All apprentices are encouraged to pay their dues on time.